You may already be familiar with the Unofficial Tinder F.A.Q. that is basically responsible for the existence of SwipeHelper. Now, with the help of our new resident Bumble expert, we bring you –

Are there a lot of bots on Bumble?

Bumble actually seems to have the fewest bots of any dating app I’ve tested. They seem to have the eternal problem of fake accounts, scammers and catfishes under control.

How do I know when somebody swiped right on me?

When somebody likes you on Bumble, you’ll get a notification about it. In addition to this, a blurry icon will appear in your match queue to indicate that somebody has swiped on you. Sometimes you can figure out who it is despite the blur.

I swiped left on somebody, but they appeared in my stack again. What gives?

Unlike Tinder, when you swipe left on somebody on Bumble, it doesn’t permanently stop them from appearing in your stack. Eventually, they can appear again. You never know, you may have missed something about them the first time around, swiped left by accident, or just changed your mind about them..

How does Bumble’s matchmaking algorithm differ from other dating apps?

It would appear that with Hinge’s acquisition by the match group, Tinder has been copying Hinge’s matching system, replacing their own algorithm, or at least incorporated its philosophy into their existing structures.

As opposed to assigning users desirability scores, Hinge’s (and now Tinder’s) algorithm tries to guess who might be your type based on whom else other people who historically liked the same profiles as you also liked, and vice versa.

Bumble, meanwhile, seems to still be using the basic Tinder algorithm from way back when, with an added tendency to show you their most attractive users first. I mean, they would not admit it, but they did get sued over it (allegedly).

When I first started using Bumble I was getting lots of matches and now I’m not. Why?

To improve the Bumble experience for newcomers, new profiles will be shown first for a while until they have at least a few swipes. This has been described on SwipeHelper for Tinder as a “noob boost” If you are no longer getting matches now that you’ve been on Bumble for some time, you should look into spicing up your profile.

I unmatched somebody by accident! Do I have to make a new profile to see them again?

No. While anyone you unmatch won’t appear in your stack again naturally, that is not the case vice versa. You can appear in their stack again, and if they decide to swipe right on you, they’ll reappear in yours, making it possible for you two to match once more.

What happens when I match with somebody of the same gender? Who messages whom first?

I am non-binary but Bumble still wants me to message first. What gives?

On Bumble BFF, or if you and your match selected the same sex, either party can message first. Otherwise, whatever biological gender you selected will determine whether you must message first.

If you prefer to not use your Facebook pictures, you have the option of using pictures from your phone gallery or camera. Besides, having a Facebook account at all is not a requirement to use Bumble.

When is the best time to use Bumble?

Anytime is the best time to use Bumble! But to be more specific, 7-10 pm on weekends are the most active times for Bumble users.

I got a notification that somebody swiped right on me but I still haven’t matched with them after swiping through my stack. What gives?

Unfortunately, there are people that will take advantage of online dating platforms to perpetuate scams and catfishing. Bumble removes fake and bot profiles quickly, but sometimes these accounts will swipe on a lot of people before they get reported, caught, and deleted.

I hear that Bumble does not delete inactive accounts. Will they still appear in my stack?

Inactive accounts will still appear in your stack but active accounts will always appear before those. Sometimes people decide to take a break from online dating and end up coming back to Bumble at a later time. For this reason, accounts are not deleted by default.

How can I get more matches?

Make sure that you have an interesting but not too long bio, multiple pictures including group photos and a (clothed) full body shot, and make sure that your face can be seen clearly in the first photo.

So much for the very basics. For a more detailed guide on profile creation, may I recommend this article?  It’s written for Tinder, but works just as well for Bumble.

I get matches but not many responses or interesting conversations, how can I remedy this?

The messages that get the least amount of responses are “hey”, “hi”, “what’s up” and “how are you”. See here for some advice concerning first messages.

Can I use Bumble to find people in different countries?

No. Unlike Tinder, there’s no passport feature that would let you pretend to be in a different city and swipe there.

What’s more, Bumble does not even let you cross the border in your search for love (or friendship) if you live right next to it. The radius you set excludes parts of another country that might fall within it. Whether this is a feature or an annoyance to you is a matter of personal preference.

I hope you found this guide helpful. Thoughts? Criticism? Praise? Something to add? Feel free to leave a comment below.

Do you have a question that isn’t listed here yet? Ask away on the SwipeHelper Subreddit. 🙂 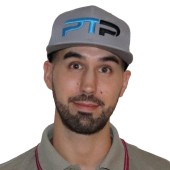